Watch EXPO 2020 Dubai official song “This is our Time.”

Micky Jagtiani, or Mukesh Wadhumal Jagtiani, is an Indian billionaire who is based in UAE. He is the founder of the UAE-based company, the Landmark group. The Landmark group is a renowned and globally acclaimed company which has worked with almost 27 brand concepts. Mainly, they have worked in the fields of retail, hospitality and healthcare sectors. This 69-year-old billionaire has truly proven his age to be just a number. In the current year, The Forbes ranked him as the 1111th richest man in the world and in India it is 52nd. Currently, his net worth is 3.7 billion Us dollars.

Micky jagtiani was born to a Sindhi family on 15th august,1952.his father was the owner of a small store in Kuwait. He completed his early education in madras, Mumbai and then Beirut and then moved to London to get admitted to an accounting school there. Not finding it interesting, Jagtiani eventually dropped out of the school to try his luck over a self-made start-up. Initially, he was full of self-doubts and was lacking experience. He even took up odd jobs such as taxi-driving, cleaning hotels to earn his livelihood in early days.

In the year of 1972, Mickey returned to his home at Gulf to start his career over again. But, sadly, the tough phase of his life was yet to begin. His dear brother, father and mother died successively, leaving him clueless and disillusioned. Both his father and mother succumbed to cancer, while his father died because of terminal diabetes. Despite all these hurdles that he faced in personal life, he kicked off his career soon.

When Mickey Jagtiani moved back to the Gulf, he took over his deceased brother’s shop. Using the last 6000 dollars that he inherited from his family, he turned that old shop into a baby product shop called Babyshop. The idea was to bring all the baby products under one roof. Within ten years, the retail store expanded from one to six stores, employing about hundreds of people. Later, when the gulf war was about to begin, he travelled to Dubai. There, he inaugurated his own venture and named it as the ‘Landmark Group’

The Landmark group slowly and gradually ventured into clothing, fashion, toys, and the hotel industry. It’s chain of business spread across middle east, Africa and India. 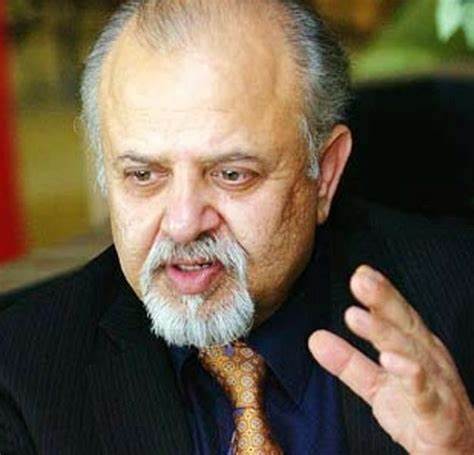 Currently, the landmark group  has about 2300 plus outlets in over 22 countries in the world. Mr. Mickey Jagtiani is the owner of the company.  His wife, Mrs. Renuka Jagtiani, has played a major role in his success story. She is in charge of exclusive enterprizes. Also, she has been functional in buying franchise rights of international fashion brands. At present, she is the Chief executive officer of the Landmark Group.

Micky Jagtiani is not only a rich business person, but he is also a man who contributed to the social cause. In 2000, he founded the Landmark International Foundation of Empowerment of the LIFE. The LIFE is a non-profit organization which looks after the educational and medical needs of nearly one lakh unprivileged children in India.

So, here we conclude that life is full of challenges and one should not give up hope and strive to do better. Micky Jagtiani is a striking example to whom we can look up to in this matter. His life was also full of hurdles, but he took up those hurdles and converted them into a success story.

See the beautiful Pictures of India’s Pavilion at EXPO 2020 Dubai.

EXPO 2020 Dubai Tickets and Bundles, Know how to get it.

Dubai Property market coming back on track. Know where to buy a property in Dubai 2021-22?

Greek PM will meet with Erdogan next week

Abu Dhabi citizens pushing hard to get a COVID-19 booster shot, Deadline is near.

To be updated with all the latest news, offers and special announcements.

To be updated with all the latest news, offers and special announcements.