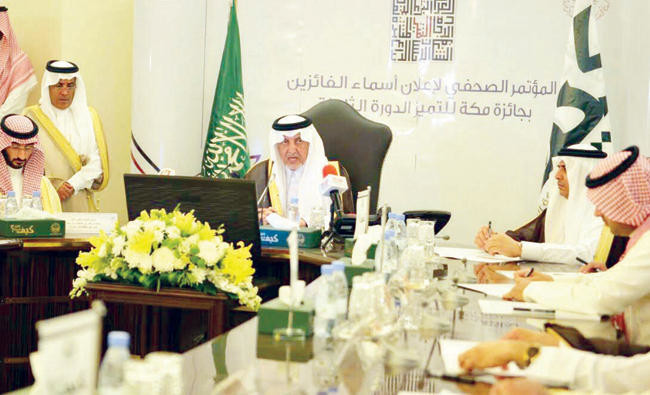 The Saudi Data and Artificial Intelligence Authority(SDAIA)won the Makkah award for excellence honoured by the governor in Jeddah, Prince Khaled Al-Faisal during a ceremony on Wednesday, at the Jeddah International Exhibition Convention Center.
They won the 12th Makkah Award for their work during the COVID-19 pandemic by providing support to the authorities managing the crisis.
One winner was the Security Committee of Haj affairs, which won the award of excellence for Haj and Umrah services, having achieved remarkable levels of integration and coordination among different entities, including the military and security, and of security plans, whose implementation had a positive impact on last year’s Haj season.
Abdullah Al-Sahli’s Asian workshops won the award for environmental excellence, while the scientific excellence award was shared by the Um Al-Qura University and Ayman Al-Sharif, the young founder of the Makkah snap account.
The two applications named “Tawakkalna” and “Tabaud” applications released three weeks after development contributed to the relevant authorities by providing essential services.
Prince Khaled who is the region’s governor said the Makkah Excellence Award is a “civilizational landmark” and a source of pride for everyone who participated and worked hard for the national achievement.